It may have sounded tempting at first – maybe even favorable – but that annual annuity payment you sought out years ago is now an albatross. The fixed installment is never enough to cover a large expenditure in your life and sticking to the payout schedule for years or decades to come sounds inconvenient. It’s for these reasons, which we will explore in-depth below, that more and more folks are looking into selling annuities and finally have the cash on hand to get ahead in life. What you do with that payment is up to you, but those who’ve paid off medical bills or financed home renovation projects would sing the praises of selling annuities. The same goes for folks in retirement who sought and received peace of mind through a source of income that can make life more comfortable.

A fully-funded employer-run pension for retirees is a pipe dream today so saving enough for retirement is an obligation that is placed solely upon the shoulders of the worker. Your job doesn’t contribute anything extra to the company’s 401(k) plan? Then you might want to be more frugal over the decades – or you could find an annuity that is designed to provide a source of payouts during your post-working years. Here’s the catch: U.S. News & World Report clearly says that an annuity is a contract between an insurance company and the annuitant (that’s you) and breaking this contract can prove impossible or “come at a steep cost.” That’s because this legally-binding agreement has locked the annuitant “and the insurance company into contractual obligations” so it’s going to take some legwork to get out. A company that works with those considering selling annuities will make life easier – and more profitable.

It helps to think of your annuity like social security. The payments will continue to come in, but the fixed amounts are never significant enough to pay off medical bills or other emergency expenses. It’s for this reason that many of the proactive people who sought out an annuity “nest egg” in the first place end up researching selling annuities later on down the road. Those who picked up an annuity during their 20s or 30s may have done so to counter any possible healthcare expenses. An annuity is great for that, as it offers “the security of a stream of income you can't outlive, or you want to provide for your spouse or heirs,” according to U.S. News & World Report. However, annuity payments can be offered to state lottery winners or those who hit it big at the casino. The inflexibility of the scheduled payouts is the same common gripe and a company that will purchase an annuity in exchange for a more favorable lump sum now will handle the heavy lifting. 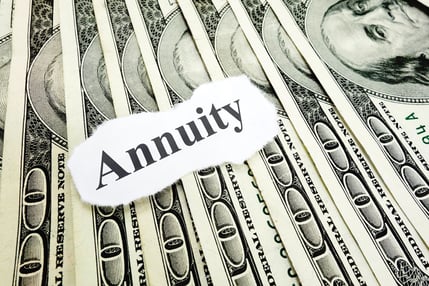 The Winds of Change

As U.S. News & World Report points out, the annuity concept first became popular during the Great Depression. We are more than a decade out from the “Great Recession” of 2008-2009 and may economists are predicting a correction in the coming year or two. According to an August 2019 article from Forbes, “more than 36 percent of 755 active home buyers expect the U.S. to go through a recession next year.” This can be viewed in two ways by those with excess funds thanks to selling annuities. The first is that interest rates could climb, making payments toward mortgage principal less favorable. On the other hand, home-sellers may be looking to unload the property at a loss just to make some money. Either way, you’re going to need a substantial amount of money available and a structured annuity payment would never provide that source of income.

You’ve said goodbye to the structured payouts. You found the company that could help with selling annuities and you’ve got a large influx of income now available thanks to your partial or full sale. The only question left is how you’re going to put it to good use. Those who’ve accomplished this object have finally had the resources to handle those major milestones of life that come with a hefty price tag attached. We’re talking about long-desired home renovation projects, paying the bills associated with divorce, managing medical care bills and even eliminating what’s left of your college loan repayments.

We hope readers have learned a bit about selling annuities and reasons why those who receive these types of structured payments no longer wish to be beholden to the rules. There are many factors at play when it comes to selling off your annuity, such as the overall economic market, the amount you’re selling or current interest rates, but those who’ve taken this huge step forward and benefitted financially are always happy with the decision.

Previous Story
← Milestone Purchases for Millennials Made Much Easier with Cash for Annuity Payments
Next Story
Are Structured Settlements Considered Income? →

These Stories on TIPS FOR SELLING PAYMENTS

Does It Make More Sense to Get a Loan or Sell Your Structured Settlement Payments?